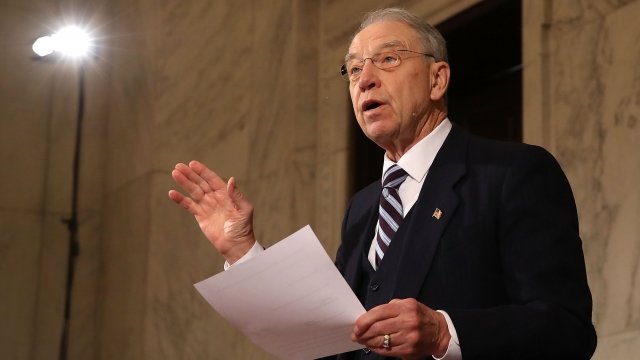 Sen. Chuck Grassley said the interviews "surrounding the Trump Tower meeting are complete," and he wants the transcripts released.

Let's back up a second: Grassley is the chairman of the Senate Judiciary Committee. That's one of the many panels investigating Russian interference in the 2016 U.S. presidential election.

Those transcripts he's talking about — he's referring to the numerous witness interviews the panel has conducted in connection to a meeting between Donald Trump Jr. and a Russian lawyer. Trump Jr. has admitted he attended the meeting expecting to gain potentially incriminating information on then presidential-candidate Hillary Clinton. 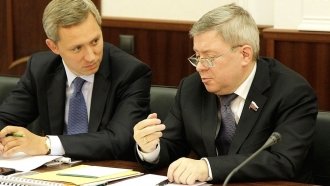 FBI May Be Investigating A Connection Between Russia And The NRA

On Thursday, Grassley said he "had hoped to speak with all the witnesses surrounding the Trump Tower meeting before releasing any of those interview transcripts."

But he implied that that ambition was shot when Sen. Dianne Feinstein released the transcript of an interview with the founder of Fusion GPS. Grassley says that action "spooked other potential witnesses."

So far there's no word on when, or if, transcripts of the other witness interviews will be released.