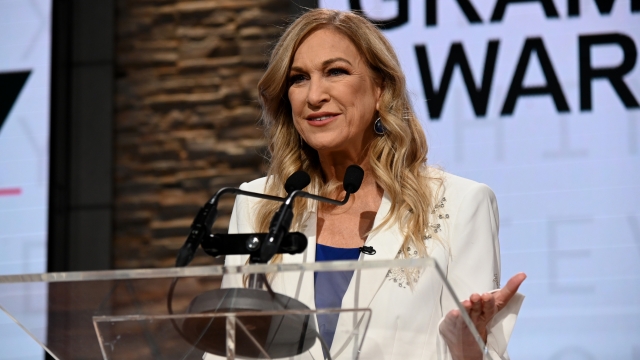 Just days ahead of the 2020 Grammy Awards, the Recording Academy's newly suspended CEO has filed a discrimination complaint.

Deborah Dugan became the Academy's first female CEO in August. She was placed on leave Jan. 16. The Academy said in a statement it had hired investigators to look into "a formal allegation of misconduct by a senior female member."

On Tuesday, Dugan filed her 46-page complaint with the Equal Employment Opportunity Commission. It says the allegation referenced in the Academy's statement was made by an assistant ton the former CEO, not a "senior female member." Dugan also says she was suspended less than a month after she emailed human resources with several complaints and told the Academy she planned to "bring claims against" it.

That email, which Dugan included in her EEOC filing, outlines concerns about "egregious conflicts of interest, improper self-dealing by board members and voting irregularities with respect to nominations for Grammy Awards, all made possible by the 'boys' club' mentality and approach to governance at the academy."

She also said the voting process for the Grammys is unfair, alleging that the board favors "artists with whom they have relationships" regardless of how the Academy's 12,000 members voted. She said this year, dozens of artists who weren't selected by voters were added to the nomination list.

Beyond issues with the awards process, Dugan alleged there are problems with the company culture. For one thing, she said she had been continually sexually harassed by Academy general counsel Joel Katz. Katz denies the allegation.

She also told HR that she had been pressured by the then-chairperson of the board to hire the Academy's former CEO, Neil Portnow, as a consultant. She says she later learned he left his position after making misogynistic remarks and being accused of rape. Portnow said Wednesday that the rape allegation was "outrageous" and he was "completely exonerated."

The Grammy Awards ceremony will air Sunday. The Academy said it "regret[s] that music's biggest night is being stolen from [artists] by Ms. Dugan's actions."