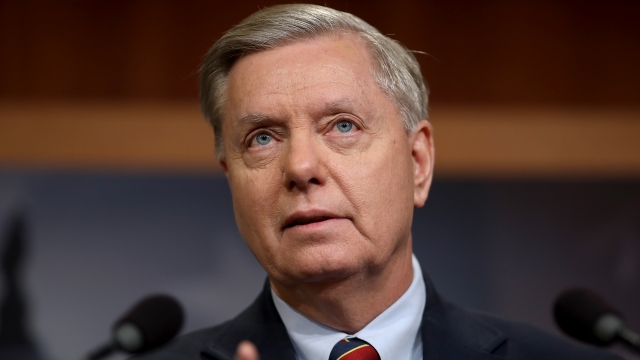 U.S. Sen. Lindsey Graham is threatening to change Senate rules to get the impeachment trial started if the House doesn't hand over the articles this week.

In an interview with Fox News' "Sunday Morning Futures," Graham said, "If we don't get the articles this week, then we need to take matters in our own hands and change the rules, deem them to be delivered to the Senate, so we can start the trial, invite the House over to participate if they would like. If they don't come, dismiss the case and get on with governing the country."

This announcement comes as Speaker of the House Nancy Pelosi continues to hold on to the articles, saying the House needs more details on the Senate's plans for a trial before sending them over. Although, there is no rule that says the speaker must send over the articles of impeachment at all.

Graham, chairman of the Senate Judiciary Committee, says he would like for the Senate trial to be complete by the end of January. In addition, he says Americans can vote to remove President Trump from office if they wish to during the upcoming presidential election.