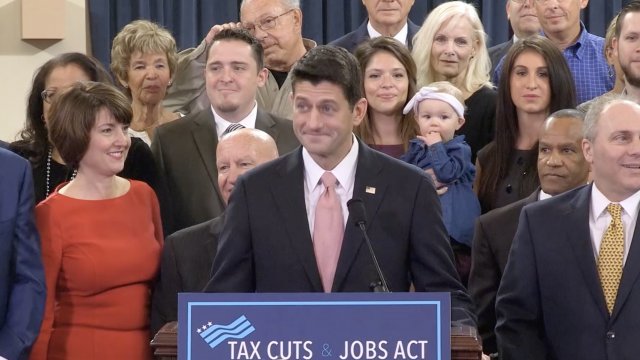 As it stands, the GOP tax plan could force graduate students to pay thousands of dollars more in taxes.

The Tax Cuts and Jobs Act would count tuition waivers as taxable income and tax the amount. Under current law, grad students only pay taxes on stipends they're given in exchange for work they do for the university; tuition waivers, which don't actually give students any money, don't count for tax purposes.

Carnegie Mellon University's Graduate Student Assembly sent out a helpful Google Doc showing the impact the proposed changes would have for each of its colleges.

That's a pretty significant jump, especially if you consider that in the 2011-2012 school year, more than half of graduate and Ph.D. students made $20,000 or less.