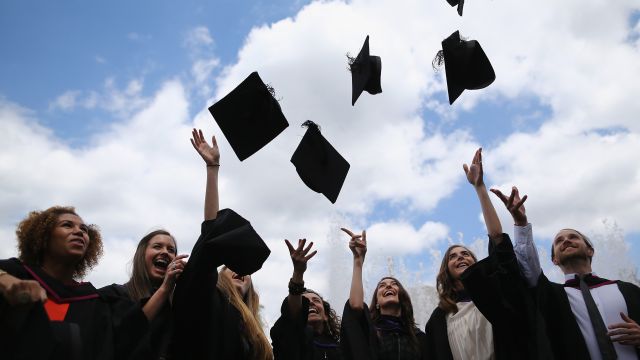 Student loan debt is the second-highest level of consumer debt in the country at $1.2 trillion. Navient, formerly a part of Sallie Mae, services about $300 billion worth of that money — or about 12 million borrowers.

The Consumer Financial Protection Bureau, or CFPB, is suing the Navient Corporation. The CFPB's suit features several serious allegations, such as processing payments incorrectly, deceiving consumers to save on operating costs and ignoring complaints from borrowers.

Navient has been in trouble with the federal government before. Back in 2014, Navient and Sallie Mae paid a combined $97 million to settle charges that they violated the Servicemembers Civil Relief Act, which caps loan interest rates at 6 percent for active duty military members.

As for the company in question, it calls the lawsuit an "unsubstantiated, unjustified and politically driven action," pointing to the suit being filed just hours before Donald Trump's administration takes over the White House.

Many outlets and analysts speculate the CFPB, created by the Obama administration, will suffer under President Trump, and there have been rumors the CFPB's current director, Richard Cordray, is going to be replaced.

The CFPB is asking Navient to provide financial relief for its borrowers.