Partisanship And Budget Reforms Created A Cycle Of Shutdown Threats 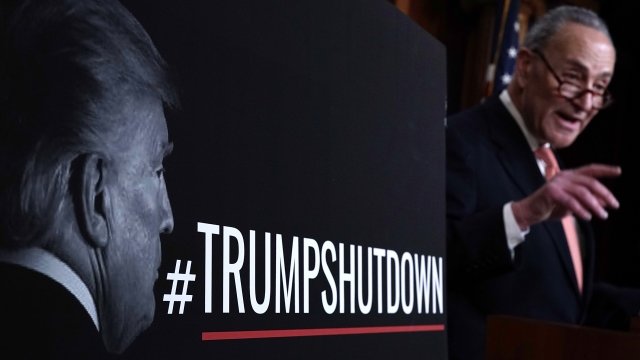 By Kellan Howell
December 11, 2018
It seems every few weeks Congress is in another shutdown showdown, experts say growing partisanship and a broken budget system could be the culprits.
SHOW TRANSCRIPT

Congress has a really hard time passing a federal budget on time. The last time they did so was in 1996, the same year Space Jam came out in theaters and Tamagotchis hit the shelves.

Since then, "shutdown showdowns" have felt like the new norm. And experts say there are a couple reasons why - among them, an increasingly divided Congress, and spending reforms that may have actually made it more difficult to pass budgets.

"As the political system is polarized more we see more threats of shutdowns, we see more talk about it and we actually see more shutdowns themselves," said Matthew Dallek, a political historian and associate professor at George Washington University's Graduate School of Political Management.

Political scientists have actually measured the increasing polarization in Congress. Researchers at UCLA examined politicians' voting records and gave them a score based on how extreme or moderate they were. Over the last four decades, both parties have slowly moved away from the center.

This polarization routinely plays out during budget negotiations, because those bills are some of the best tools lawmakers have to take a stand on their key campaign issues.

"It has also increasingly become a way for one side, Republicans or Democrats to make a political point about a lightning rod issue," Dallek explained.

In January of 2018, Democrats triggered a three-day shutdown when they refused to support a spending bill without a solution to protect young undocumented immigrants brought to the U.S. illegally as children.

In the wake of that dispute, President Trump floated a controversial solution to stem the tide of all these shutdowns by bringing back what used to be a dirty word in Washington -- earmarks.

Congressional leaders used earmarks to direct funds to pet projects pushed by specific lawmakers, in order to win over their votes to pass big legislation.

But fiscal conservatives viewed the practice as wasteful spending, and earmarks were banned in 2011.

But With budget fights becoming a near constant threat, some lawmakers might miss the days of earmarked budgets.