Shutdowns Show Not All Federal Jobs Are Created Equal 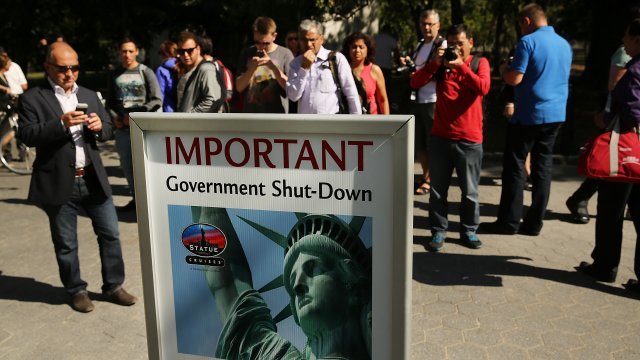 SMS
Shutdowns Show Not All Federal Jobs Are Created Equal

By Willie James Inman
December 18, 2018
Government shutdowns can be extremely disruptive for federal employees. But how do essential and non-essential personnel affect our everyday lives?
SHOW TRANSCRIPT

Hundreds of thousands of government workers get an ego check when the government is on the verge of a shutdown, they find out if they are essential or non-essential.

Essential government workers will have to be on the job without being paid. This includes public safety jobs that protect life and property at agencies like the FBI, Customs and Border Patrol and TSA. Each agency sets up rules for who's essential and who isn't.

Agencies like NASA,  the National Park Service and the Department of Housing and Urban Development often put an overwhelming majority of their workers on unpaid leave. Congress could vote to give furloughed workers back pay but nothing is guaranteed.

Some non-essential employees aren't even allowed to do things like check e-mail or answer phone calls during a shutdown.

And the decisions about who is essential has an impact on those outside of government as well. During the 2013 government shutdown more than 400 national parks and monuments like the Statue of Liberty and the National Mall were closed. The National Park Service estimates, this lead to half-a-billion dollars in spending losses from visitors.

If you’re waiting for a mortgage or loan approval the IRS verification process of your social security number could be delayed. On top of that, the EPA would stop testing at hazardous waste sites and the Food and Drug Administration would stop food inspections.

Congress has already funded about 75% of the government until September of 2019 but the remaining 25% is on a different timetable. That includes some pretty important things like the Justice Department, State Department, and the Department of Homeland Security.