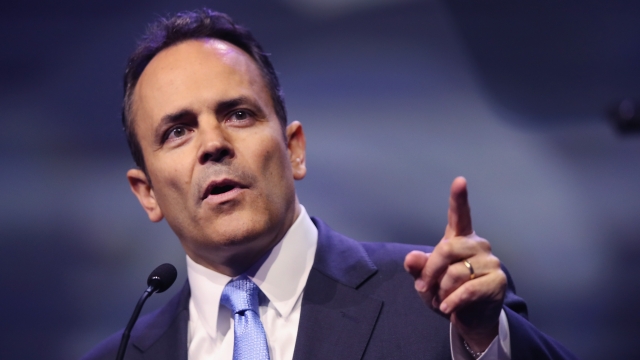 The Republican governor requested a recanvass — a way of double-checking that votes were counted correctly — after losing narrowly last week to Beshear, a Democrat. The recanvass showed Bevin was trailing Beshear by more than 5,000 votes.

Bevin did not initially concede because he said there were "irregularities" in the election. But he also told reporters he did not think the recanvass would "significantly" change the outcome of the election.

The night before the election, President Donald Trump visited Kentucky to campaign for Bevin.

On Thursday, Beshear tweeted: "It's official — thank you Kentucky. @GovMattBevin and his team have already begun a smooth transition. It's time to get to work!"

He'll be sworn in Dec. 10. He is the son of former Kentucky Gov. Steve Beshear.