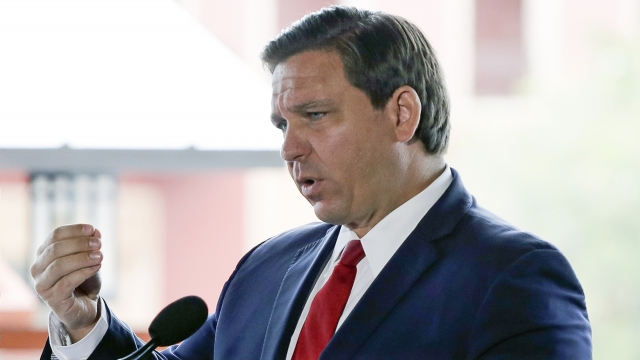 SMS
Florida Governor Signs Bill To Let College Athletes Get Paid
By Ahmed Jawadi
By Ahmed Jawadi
June 12, 2020
The law will let college athletes in the state profit off their names, images and likenesses, starting in July 2021.
SHOW TRANSCRIPT

Florida Gov. Ron DeSantis has signed a bill to allow college athletes in the state to profit off their names, images and likenesses.

During the signing ceremony at the University of Miami on Friday, DeSantis stressed that the legislation "does not do anything about paying an athlete from a university," and that the move "is a matter of fairness."

"If you have a situation where you have some of the great athletes, particularly in sports like football and basketball, whose name, image and likeness is being used to make millions and millions of dollars, and then they don't even have the opportunity to get any of that, there's something fundamentally unfair for that," DeSantis said.

Florida state Rep. Chip LaMarca, one of the chief sponsors of the bill, thanked the governor for his support, saying: "For far too long, the collegiate athletic system professionalized everyone associated with athletics except for the young women and men who put in all the hard work. Today, we changed that. ... Florida will now afford our state's 11,000 collegiate athletes the ability to earn a living, the same as their fellow students."

California and Colorado have already passed legislation to let college athletes make money from endorsements. But Florida's law will go into effect earlier than theirs, in July 2021.