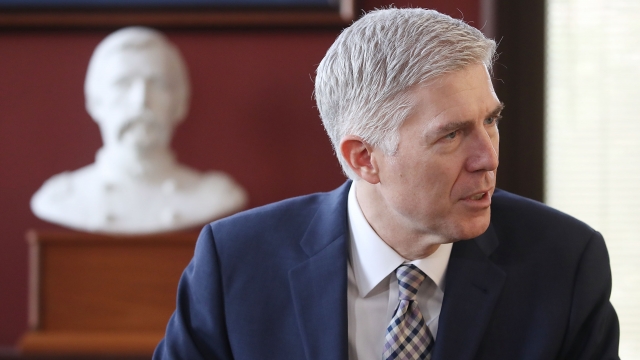 SMS
Neil Gorsuch Accused Of Saying That Women 'Manipulate' Maternity Leave
By Briana Koeneman
By Briana Koeneman
March 20, 2017
According to one of his former students, Gorsuch told his class that female job seekers "manipulate" companies for maternity leave.
SHOW TRANSCRIPT

University of Colorado Law School graduate Jennifer Sisk detailed that accusation in a two-page letter to the Senate Committee on the Judiciary.

In it, she claims that Gorsuch told his class that "many" women use companies to get maternity benefits and then quit after the baby is born.

According to the letter, Gorsuch also said that during interviews employers should ask potential female workers about their plans for having children.

As Sisk noted at the end of her testimony: "It concerned me that a man educating female lawyers would be discounting their worth publicly. Now it concerns me that a man who is being considered for our highest court holds views that discounts the worth of working females." 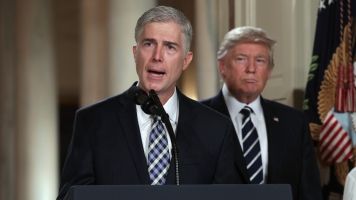 Sisk told NPR she wrote the letter "so that the proper questions could be asked" during Gorsuch's Senate confirmation hearing.

But the outlet notes a different student in that class says he disagrees with Sisk's account of what was said that day.

The student said in his own letter Gorsuch did discuss some of the topics Sisk mentioned, but "he did not do so in the manner described."

The student wrote: "The judge was very matter-of-fact in that we would face difficult decisions; he himself recalled working late nights when he had a young child with whom he wished to share more time. The seriousness with which the judge asked us to consider these realities reflected his desire to make us aware of them, not any animus against a career or group."

As of Monday morning, Gorsuch had not commented on either letter.