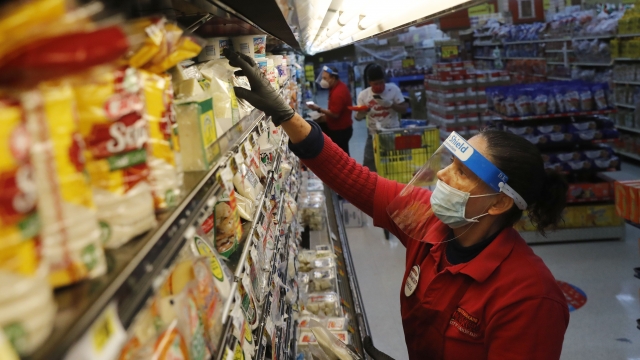 You’re sick and you need time off from work. The question: Does your employer pay for it? The idea of paid sick leave has ping-ponged its way through Congress for years.

In the past, the GOP has been hesitant to sign onto any form of paid leave that raises taxes. But that may be changing — at least with voters.

A study from the Program for Public Consultation at the University of Maryland shows at the start of the outbreak, 38% of Republican voters were in favor of payroll tax-funded sick leave. As the pandemic worsened, that number jumped to 48%.

Currently, the Trump administration backs a leave plan that draws on the child tax credit. It covers paid maternity leave, not medical leave. We asked them if they were looking to expand on the issue due to COVID-19.

A White House official told Newsy: “We continue to advocate for national paid leave... We are working to find a bipartisan solution and remain hopeful that we will be able to take steps forward in the coming months.”

Democrats attempted to address the issue early in the pandemic.

“To put families first, our legislation secures paid leave and two weeks of paid sick and family and medical leave for those affected by the virus,” said House Speaker Nancy Pelosi in March.

But there were some issues.

Vasu Reddy with the National Partnership for Women and Families says up to 106 million people could be left out of coverage, disproportionately affecting women and women of color.

The Heroes Act passed by the House "gets rid of that 500-employee limit”, and, according to National Partnership, that alone would give 69 million workers paid sick leave.

But there’s opposition among Senate Republicans who say the bill is “unserious” and adds measures that have nothing to do with the current pandemic.

Twelve states and D.C. currently have passed laws requiring paid sick leave. But studies show workers in states like Arkansas, which doesn’t mandate sick leave and is currently seeing an uptick COVID-19 cases, will be hardest hit by the gap in the legislation.