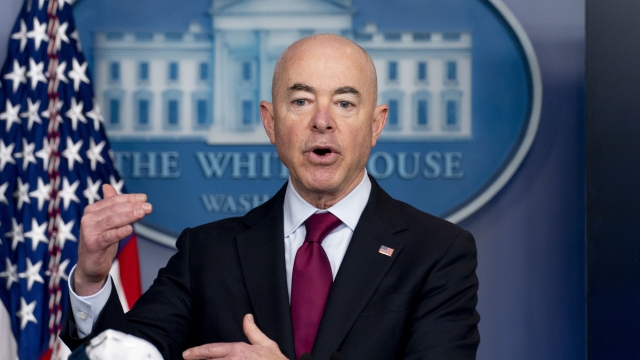 The homeland security secretary insists the Biden Administration has the issue under control.

The Biden Administration is defending its response to the influx of migrants at the U.S. Mexico border.

Thousands of unaccompanied children are in border patrol custody — many have been in custody longer than the 72 hour limit set by a court order.

Yesterday Homeland Security Secretary Alejandro Mayorkas acknowledged there was a problem and said officials are working around the clock to manage it.

Mayorkas insisted it's under control and said the administration will not reintroduce a Trump era practice of turning away teens and children. He made those comments while Republicans continue to put pressure on Democrats.

"The main problem at the border right now is that the Biden Administration doesn't want to enforce America's immigration laws and it's choosing not to stop the flow of illegal immigration. It's just that simple," said Sen. John Kennedy