GOP Picks S.C. Gov. Nikki Haley To Respond To The State Of The Union 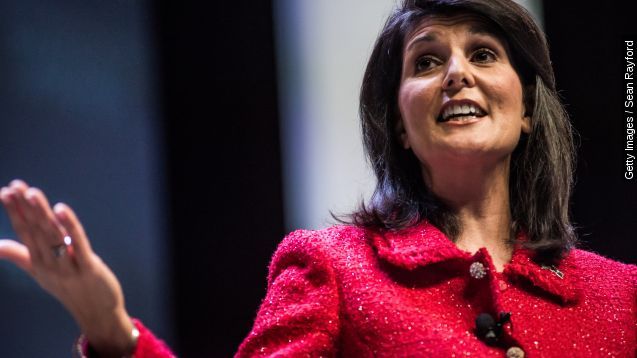 South Carolina Gov. Nikki Haley will give the Republican Party's official response to President Obama's State of the Union speech.

Haley was first elected South Carolina's governor in 2010, becoming the state's first female and, as an Indian-American, the first minority governor. She was brought into the national spotlight last year after a racially-motivated mass shooting in Charleston prompted her to call for the removal of the Confederate flag from state capitol grounds.

Haley will be the third consecutive woman to give the GOP's response to the State of the Union. This year's address will take place Jan. 12.