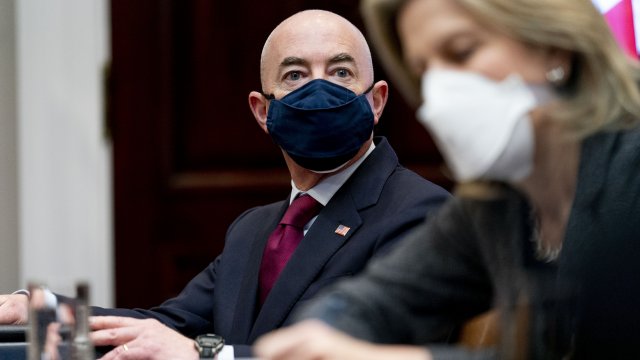 GOP lawmakers are calling on Homeland Security Secretary Alejandro Mayorkas to hand over any documents the DHS and the Biden transition team exchanged related to immigration policy.

Representatives Jim Jordan of Ohio and Tom McClintock of California referred to an NPR report that the Biden team was warned not to reverse former President Donald Trump's immigration policies.

The report says former Acting Homeland Security Secretary Chad Wolf said it could lead to another crisis at the southern border.

President Biden and Mayorkas have blamed the Trump administration for the surge of migrants.