Will GOP Focus Change Without President Trump In The White House? 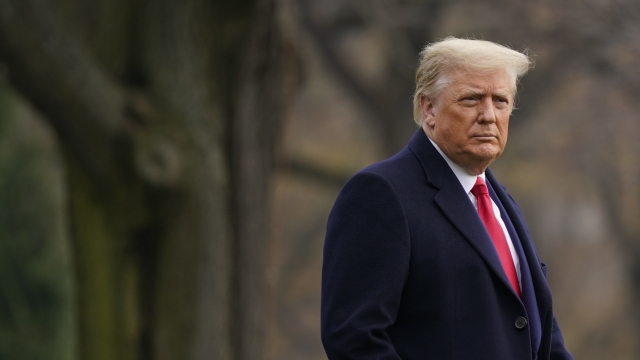 Republicans are preparing for life without a Trump administration in 2021. But even with President Trump out of power, experts say his presence could still influence the party.

Where do you see the GOP/Republicans specifically going in 2021 with President Trump out of the White House?

"We know that about 72  percent of Republicans have said that they think that Trump is a model for the future of the party," said Todd Belt of George Washington University. "And so that leaves a number of moderates a little bit in the minority there."

The outgoing president's enduring presence and personality in politics could continue to divide the party well after he leaves Washington. His tweets and cable news appearances will still generate attention and could even continue to give life to things like claims of voter fraud months after Joe Biden is sworn in. Or even freeze the field of Republicans looking to wage their own White House bids in 2024.

But it may also be an opportunity for the GOP to focus on more traditional Republican themes.

"This is Trump's party from 2016 on," Belt added. "The question is, is it going to remain Trump's party and will there be opportunities for moderates and others to get back to the Republican orthodoxy in the types of policies that they really prefer, such as free trade, less of a focus on immigration and the restoration of U.S. power abroad."

The President has reportedly expressed interest in re-entering the media landscape and he's formed a political action committee looking to maintain influence over his millions of supporters and perhaps play kingmaker in key elections.

"While he consistently has 30 to 40 percent support across the board," said Andrew Downs, who is the director of the Mike Downs Center for Indiana Politics at Purdue University Fort Wayne. "It's never really grown. The question is, can he keep that 30 or 40 percent together? And is that enough to win elections at all of those levels."

In the years ahead leading up to the midterms, some Republicans say the party needs to focus more on reaching out to diverse groups of voters to increase the base.