Goodell Can't Make Punishments Stick And It's His Fault 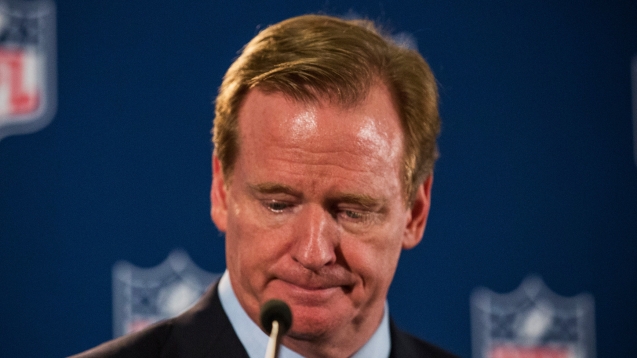 It seems like NFL Commissioner Roger Goodell can't get any of his punishments to stick. Thursday's overturned suspension of Tom Brady is just another embarrassing example of that. Basically, the judge said Brady's punishment was unfair.

In just the past year, federal judges have overturned the NFL's punishments in not just "Deflategate" but also in the Ray Rice and Adrian Peterson cases.

And the NFL has no one to blame but itself and its unclear policies.

In Rice's appeal, the judge said he was essentially punished twice for the same offense. Rice was first handed a two-game suspension for hitting his then fiancee in an elevator, but he was indefinitely suspended after the release of the full video and some public blowback. (Video via TMZ)

In all three instances, the NFL's policy (or lack thereof) came back to bite it, especially in cases where it just seemed to be reacting to public outrage. And with Goodell being the judge, jury and executioner, it all falls on his shoulders. (Video via CBS, ABC)

The NFL says it's appealing the Brady decision, and if the appeal is successful, Brady would have to serve his four-game suspension later on.