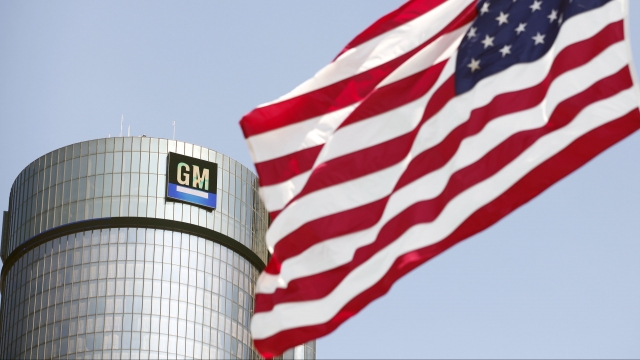 General Motors announced Wednesdays that it's creating around 450 manufacturing jobs at three of its facilities in Ohio.

General Motors is making some big changes in Ohio.

The Detroit automaker announced Wednesday that it's investing $700 million in the state and creating around 450 new manufacturing jobs at its Toledo, Parma and Moraine facilities.

He also appeared to jump the gun by saying GM will sell its closed Lordstown plant to Cincinnati-based electric vehicle company Workhorse.

GM was quick to respond that it's still in talks with Workhorse, and a deal hasn't been finalized.

The company shut the Lordstown plant down earlier this year as a way to reduce costs as it pursues new technologies, like self-driving and electric vehicle initiatives.

That closure put thousands of people out of a job, sparking backlash from Ohio politicians and the United Auto Workers union.

In a statement Wednesday, the UAW said that while it would prefer that GM just kept the Lordstown plant in operation, it'll continue monitoring the potential sale to determine the best move for its members.