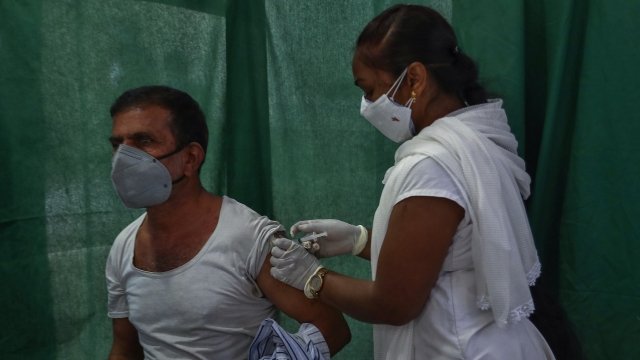 South Africa and India proposed a waiver for intellectual property protections in the hopes of helping poorer countries get the vaccine.

Patent over people or people over patent.

That’s how some view the debate over temporarily easing patent protections on COVID-19 vaccines.

Countries like France now sharing their “complete support” on the matter and an openness to further discussion from Germany, China, and the EU.

"The European Union is also ready to discuss any proposal that addresses the crisis in an effective and pragmatic manner.”

This after U.S Trade Representative Katherine Tai tweeted Wednesday, “The US supports the waiver of Intellectual Property protections on COVID-19 vaccines.”

South Africa and India, both in the throes of fighting COVID variants, proposed the waiver in October, hoping it’d give poorer countries more vaccine doses. But Big Pharma leaders say a waiver won’t solve the problem.

"Patents are not a limiting factor for production, for example, our vaccine. Our manufacturing process involves 50,000 steps.”

“If we waive IP rights altogether, the concern from our side is that you can have a sort of dangerous free-for-all where scarce supplies that are desperately needed to keep that manufacturing going, end up being diverted potentially to companies that don't know what they're doing, and that will do more harm than good."

Concerns like these amplify other countries' hesitancy to take a stance.

All 164 members of the World Trade Organization need to approve the waiver.  One WTO official who spoke on the condition of anonymity told the AP around 80, mostly developing, countries have expressed support.