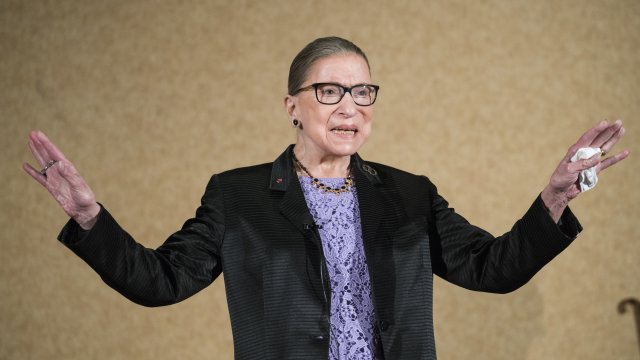 She made her name in Washington. But Ruth Bader Ginsburg's legacy resonates well-beyond U.S. borders.

A collection of international leaders posted tributes to the late Supreme Court Justice. The President of EU Commission – Ursula von der Leyen – wrote "She proved that women belong in all places of power where decisions are made."

French President Emmanuel Macron said a "truly exception woman has left us."  New Zealand Prime Minister Jacinda Ardern posted this tribute, "She was tireless, determined, and made an immeasurable difference to the lives of so many."

Justice Ginsburg's impact on the Supreme Court made her an international figure. She made visits to South Korea, the Hague and Tel Aviv where she accepted the Genesis Lifetime Achievement award.

“I am a judge, born, raised, and proud of being a Jew," Justice Ginsburg said in her acceptance speech in 2018. "The demand for justice, for peace, and for enlightenment runs through the entirety of Jewish history and Jewish tradition."

Even when traveling abroad, Justice Ginsberg was always a champion for democracy.

"Do something that will help repair tears that will make things a little better for other people," she told an audience in Florence, Italy in in 2016.

Her unapologetic feminism reached women in a number of countries, perhaps captured by this statement from Australia's first female prime minister, Julia Gillard, "She inspired women around the world to do more and fight harder.  RBG will be missed but her legacy endures."