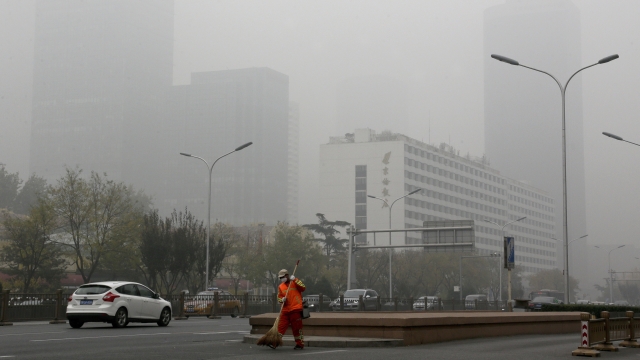 Daily global carbon dioxide emissions fell by 17% in April, according to a new study.

The study, which was published in the journal Nature Climate Change on Tuesday, found that during the height of coronavirus-related lockdowns early last month, daily worldwide CO2 emissions fell nearly 19 million tons compared to the daily average for 2019. According to the study, the last time carbon pollution levels were this low was 2006.

Researchers attributed the drop primarily to reduced traffic from cars, buses and trucks, which accounted for nearly half of the decrease in emissions. During that period, the U.S. cut its CO2 levels by about one-third, with California and Washington seeing the largest declines.

But researchers say the drop in pollution probably won't last through the rest of the year, as more countries begin easing restrictions. They estimate global emissions for 2020 will end up between 4% and 7% lower than in 2019, depending on how long restrictions stay in place and how long it takes people to get back to their usual activities.