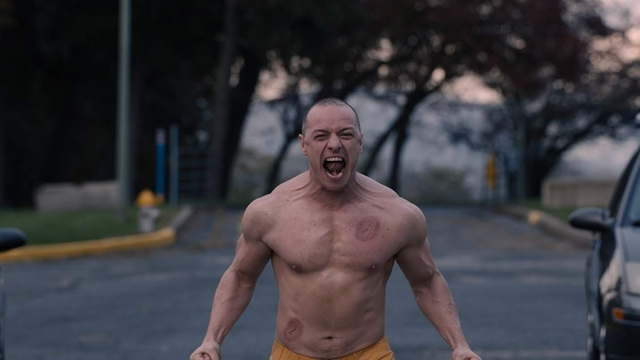 SMS
"Glass" Holds On To Top Box Office Spot With $19M Sophomore Weekend
By Jamal Andress
By Jamal Andress
January 27, 2019
With two new box office offerings, "Serenity" and "The Kid Who Would be King", flopping like fish this weekend "Glass" easily took No. 1 — again.
SHOW TRANSCRIPT

Holding on to the No. 1 spot for a second weekend in a row is M. Night Shyamalan's "Glass" bringing in an estimated $19 million. That's a solid hold from it's $40 million debut last week.

But not quite as good as 2017's "Split" which made nearly $26 million in its sophomore weekend and went on to gross $138 million domestic dollars during its theater run.

With "Serenity" and "The Kid Who Would be King" flopping like fish this weekend — "Glass" won't have any real box office competition until the weekend after the Super Bowl which is the perfect box office scenario for this film.

That said, no one is expecting "Glass" to have the same breakout box office run "Split" did this time two years ago.

And considering how much better a movie "Split" is in comparison, I guess we get what we deserve in this life.

In more holdover news, "The Upside" takes the No. 2 spot this week bringing in an estimated $12 million in its third weekend out. As it stands "The Upside" has made $63 million after less than a month in theaters.

Last but not least this week, still holding on tight to its top 3 spot is "Aquaman" bringing in an estimated $7 million in its sixth weekend in theaters.

Even after nearly two months in theaters, "Aquaman" is still making top 3 box office appearances.  Which is at least partly why it is now the highest grossing DC Film of all time, creeping past "The Dark Knight Rises."

The final film in Christopher Nolan's critically-acclaimed trilogy made $1.08 billion worldwide and held the top spot on DC's list for more than 6 years.

"Aquaman" is the first film from the DC Extended universe to crack the billion dollar mark.

As for next week, 'Jane The Virgin' is a long way from the CW.