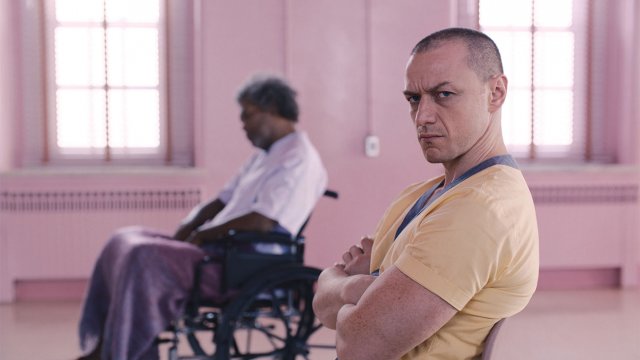 Taking the No. 1 spot this weekend is the long-awaited conclusion of M. Night Shyamalan's trilogy that was nearly 20-years in the making. "Glass" brought in an estimated $40.5 million in its first weekend out. If it continues down the path its on at the holiday box office, "Glass" will lay claim to the third best MLK weekend in box office history.

The No. 1 spot belongs to Clint Eastwood's controversial but extremely popular hit film "American Sniper" which pulled in more than $100 million over the course of the three day weekend. Its followed by "Ride Along" which made about $49 million in its 2014 MLK weekend debut.

Shyamalan reportedly self-financed his last three films — "The Visit", "Split" and now "Glass." And while that may seem risky, so far the high profile director can't miss.

"Glass" cost about $20 million to produce and after just three days in theaters the unconventional superhero flick has more than doubled its production budget.

Not only that but its performing better than expected overseas — pulling in nearly $49 million at the foreign box office.

But unlike "Split" and the "The Visit" Shyamalan's latest doesn't carry glowing reviews — "Glass" sits at a rotten 36% on the tomatometer. And despite that fact, it has still managed a stellar box office debut weekend.

Falling to No. 2 this week is "The Upside" bringing in an estimated $15.6 million in its second weekend out. Ticket sales for the Kevin Hart/Bryan Cranston dramedy only dropped by 23% compared to last weekend which is a fantastic box office hold for just about any wide release.

Taking the No. 3 three spot this week is a relic from my childhood in a new roll of wrapping paper — "Dragon Ball Super: Broly" brought in an estimated $10.6 million in its first week out.

The popular anime cartoon is making most of its money in Japan ($32 million) where it was released back in December but this is an exceptionally good domestic showing for *pause* really any anime film.

As for next week, yet another story of Arthur, his sword and a great battle because that went so well last time.