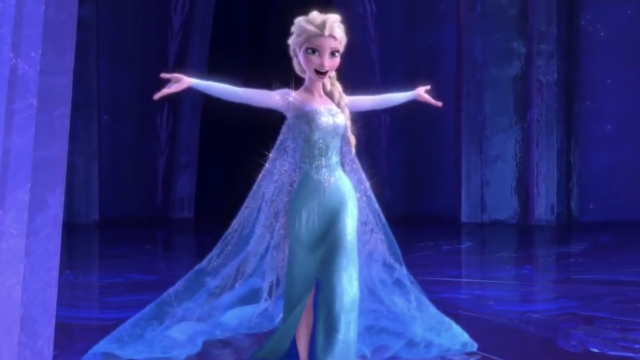 A social media campaign is calling for the leader in children's movies to give kids an LGBTQ role model.

Conceal, don't feel, don't let them know — lyrics from Disney's "Let It Go" leave many people asking if Elsa is just talking about her snow-queen superpowers or if the whole movie is an icy, indirect way of supporting LGBTQ rights.

It's given rise to the trending #GiveElsaAGirlfriend social media campaign. The hashtag's creator wrote on MTV.com, "The entertainment industry has given us girls who have fallen in love with beasts, ogres who fall for humans, and even grown women who love bees. But we’ve never been able to see the purity in a queer relationship."

Disney hasn't commented on plans for Elsa's sexuality in the sequel, expected before 2018, but many supporters say an LGBTQ Disney princess would affirm the belief that Disney really does think love is an open door.

One Twitter user wrote, "A gay Disney princess would have helped me feel so much more normal when I was younger. Representation is important." Another tweeted, "Kids need to know that love comes in different varieties and it's okay to be who you are."

A contributor for Newsweek said outing Elsa would be a weak compromise and that the LGBTQ community deserves a "protagonist to be represented in cinema as undoubtedly and unapologetically queer — not only in the form of subtextual codification ... like Disney frequently does ..."

So maybe "Frozen" is one big metaphor — Elsa, isolated and hidden in the closet. She then came out, accepted herself and discovered her loved ones eventually found acceptance, too. And if you disagree with more acceptance, well, take a tip from Elsa.