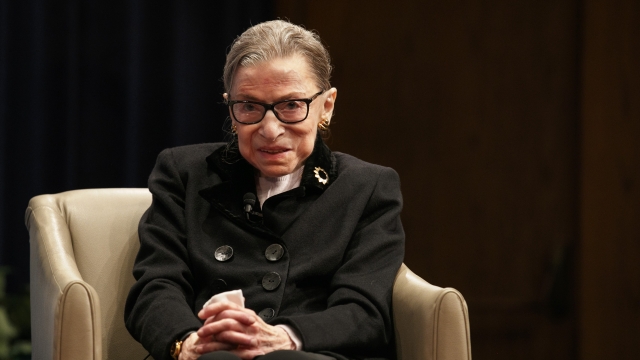 Supreme Court Justice Ruth Bader Ginsburg is now back at home after being hospitalized for the second time this year.

According to a statement from the Supreme Court, the 87-year-old Associate Justice experienced a fever and chills early this week, visiting a Washington, D.C. hospital before checking into Johns Hopkins Hospital in Baltimore for a procedure to clear a stent in her bile duct.

Back in May, Ginsburg was hospitalized to treat a gallstone. She participated in oral arguments at the time via phone from her hospital bed.

In January, Ginsburg declared she was cancer free, after undergoing radiation to treat a tumor on her pancreas. Last year, the justice addressed lightly the years of public concerns over her health in a rare interview with NPR.

“There was a senator, I think after the pancreatic cancer, who announced with great glee that I was going to be dead within six months,” Ginsburg said. “That senator, whose name I've forgotten, is now himself dead.”

Nominated in 1993 by President Bill Clinton, Ginsburg is the oldest Justice on the Supreme Court by 5 years, and has established a liberal track record on the court, often dissenting with the court’s conservative majority.