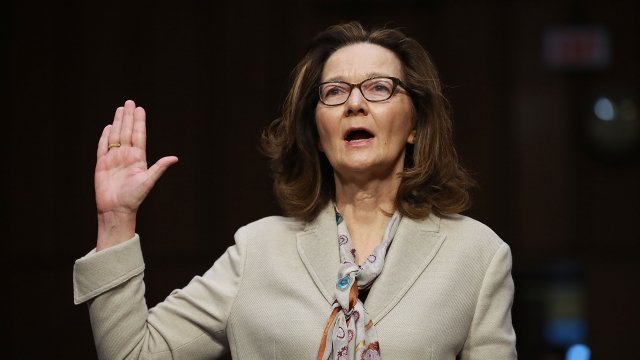 SMS
Gina Haspel Officially Becomes The First Woman To Lead The CIA
By Katie Cammarata
By Katie Cammarata
May 21, 2018
Haspel was sworn in Monday after facing controversy over her role in the agency's past interrogation practices.
SHOW TRANSCRIPT

Gina Haspel was sworn in Monday as the director of the CIA. She's the first woman ever to lead the agency.

Haspel has worked for the CIA for 33 years.

President Donald Trump attended the ceremony and has supported Haspel since he tapped her to head the department earlier this year.

"Gina is tough. She is strong," Trump said. "And when it comes to defending America, Gina will never ever back down."

Her nomination was controversial because of her involvement in a detention and interrogation system the CIA used during the George W. Bush administration.

Haspel later said the agency shouldn't have used such a harsh program.