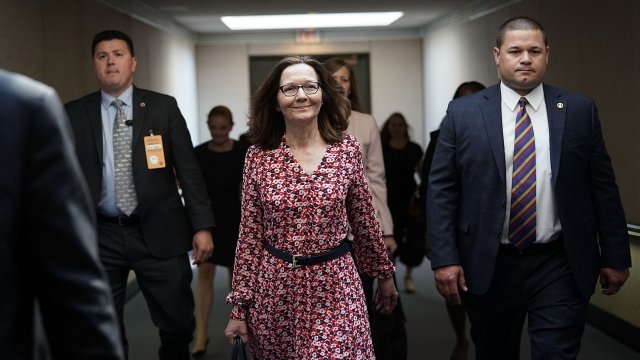 The Senate Intelligence Committee gave Gina Haspel's nomination for CIA director a big thumbs-up Wednesday. The committee voted 10-5 to move her on to a full Senate floor vote.

In a statement, committee chairman Sen. Richard Burr said, "Gina Haspel is the most qualified person the President could choose to lead the CIA."

Haspel has worked for the CIA for 33 years. President Donald Trump tapped her to head the department earlier this year. If she's confirmed, Haspel would be the first woman ever to lead the CIA.

Haspel's expected to have enough votes to be confirmed. CNN reports that could happen as early as Thursday.