Ghana Shuts Down A Fake US Embassy That Issued Real Visas 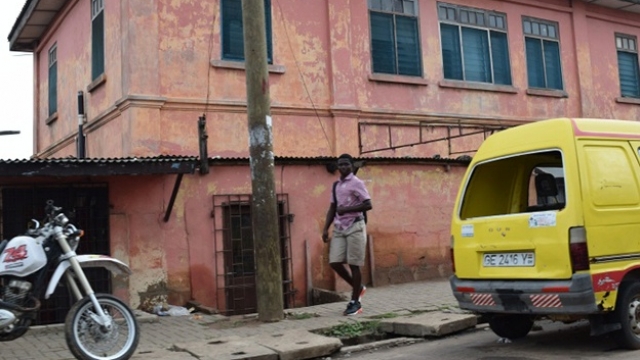 SMS
Ghana Shuts Down A Fake US Embassy That Issued Real Visas
By Ethan Weston
By Ethan Weston
December 4, 2016
The fake embassy had been operating for a decade in Ghana's capital city.
SHOW TRANSCRIPT

Authorities in Ghana have shut down a fake U.S. Embassy that had been operating for a decade in the country's capital.

The sham embassy tried to look as authentic as possible, with American flags hanging outside and a portrait of President Barack Obama inside. It even had official hours of operation.

The fake embassy illegally obtained and issued authentic U.S. visas and other documents.

SEE MORE: These African Migrants Are Living In Limbo

The embassy was run by Ghanaian and Turkish crime rings, with help from an attorney practicing immigration law. The staff spoke both English and Dutch and sold the doctored documents for about $6,000.

U.S. visas are highly sought after in Africa, and officials aren't sure how many people have illegally traveled to the U.S. using documents from the fake embassy.

The U.S. State Department says a fake Dutch Embassy was also shut down in the capital. Ghanaian authorities say they also found authentic and counterfeit passports and visas from India, South Africa and Europe.