Getting Mental Health Care Is Harder In Rural America 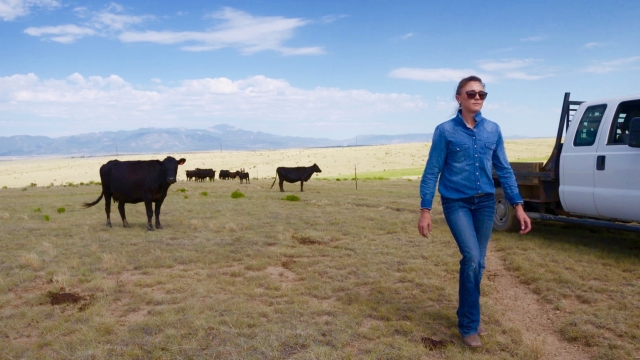 Over 15 million rural residents currently have behavioral and mental health issues, and treating it can be a unique challenge. Much of the difficulty comes from limited access to care, but there are plenty of other complicating factors as well.

Right now, it would take 1,851 mental health providers to cover the gap of mental health professionals in rural U.S. counties. More than a thousand rural counties don’t have any psychiatrist at all — and a new report from the American Association of Medical Colleges shows by 2032, the U.S. as a whole could see a shortage of at least 3,400 psychiatrists.

"We're talking a lot about rural health but even in big cities places where there is a lot of access to care people are waiting six weeks, eight weeks – just to get an initial appointment to see a psychiatrist for the first time. And so access to care is absolutely a big big trouble and it's gonna get worse," said Dr. Michelle DeNault, a Telepsychiatrist at the Medical Center of Aurora.

DeNault practices in several states. She consults for hospitalized mental care patients, many of them in rural parts of the country. Her team treats, on average, one patient an hour, 24 hours a day.

Reaching these rural patients is only part of effective treatment. The physical infrastructure they need, like patient beds and care centers, is also very limited. Instead, rural residents often go to the ER on public insurance, which drives health care cost for everyone.

"Sometimes what the intended treatment plan would be isn't actually possible to actualize in a rural community because if you don't have access to ongoing therapy or they don't have access to intensive outpatient programs partial hospitalizations what I have available to provide as the best standard of care just simply isn't there isn't possible," DeNault said.

Maggie and Anne Hanna, ranchers at a calf cow operation, share their father and husband, Kirk Hanna's story now to raise awareness about the unique needs and stress rural patients can be under. Kirk Hanna, a third generation cattle rancher and leader within his local and regional communities. He was the president of the Cattleman's Association. Kirk Hanna committed suicide in 1998.

"He had been somebody that had handled everybody else's in the community's problems. Well if you had a problem about a stream bank erosion you came to Kirk. If you had problems with your cattle you came to talk to Kirk. And so here's the person that everybody went to," Anne Hanna told Newsy. "But apparently he had no one to go to. Or didn't feel that he had that option."

For rural patients, Maggie Hanna explains, doing things themselves is a way of life. In a community taught to be tough, self-sufficient, and private about complaint, asking for help isn't easy.

"The scary part of mental health is that often you look at it and you say, 'this is a weakness. We can trim the weaknesses.' Like we cull cattle twice a year. Animals that don't perform well or aren't performing to the goal we have, they see an exit." she told Newsy.

One solution touted often for rural health care access is telehealth. But experts say that's just one part of a much bigger puzzle that needs be part of a solution. 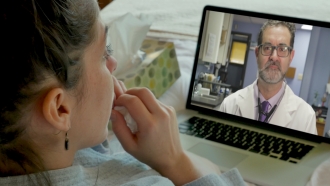 Telemedicine Can Save Lives In Rural Areas, But It's Still Hard To Get

"Telepsychiatry is absolutely a Band-Aid. I wouldn't say it's a solution but we're trying to better the problem with the lack of psychiatry in America. However access is going to continue to be a problem until we have enough behavioral health physicians to provide that care," DeNault said.

There’s progress in Washington and on some local levels to address the rural mental health gap, but change can be slow going. The Federal Office of Rural Health Policy told Newsy it awarded 24 million dollars in grants towards opioid and substance abuse prevention, treatment, and recovery services in rural communities in June 2019. It’s also funded grants for programs that offer incentives to rural mental health providers. In 2018, the had 1,130 mental health providers.

The 2018 farm bill allocated $10 million over five years for behavioral health support for farmers. So far, Congress has appropriated $2 million for a pilot Farmer and Rancher Stress Assistance Network.  The grant process ends July 25th and the National Institute of Food and Agriculture has until Sept. 30, 2019 to distribute the money.

Everyone Newsy spoke with agreed there's more to be done: training, spending, and recruiting. And the biggest challenge could still be to remove the stigma around getting help when you need it. 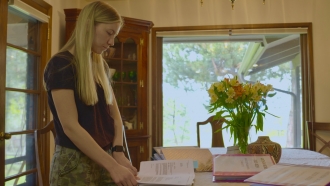 "This is something common that folks all around are dealing with and there's ways to get better. And we know that we know if people do have access to care there will be improvement in some of their underlying difficulties. And I think giving people a little bit of hope and also understanding that they're not alone in that journey does help," DeNault said.