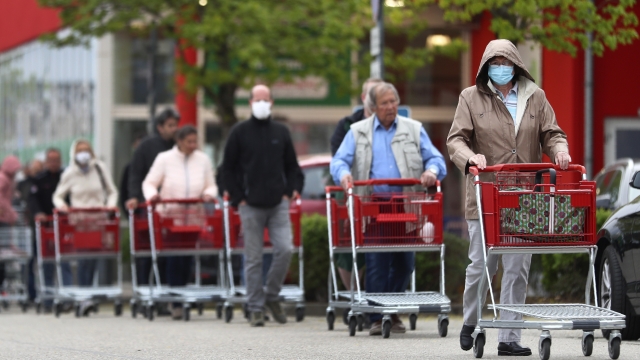 Protective masks have been made compulsory throughout Germany. New rules are expected to come into effect Monday and will require residents across nearly all 16 German states to wear face masks while shopping and riding public transport.

Germany approved clinical trials for a possible vaccine on Wednesday but German public health officials said that new infections rose for the second consecutive day. Johns Hopkins University reports that nearly 5,200 people in Germany have died from COVID-19 to date.

The country's health ministry recently announced plans to boost domestic production of face masks to 50 million a week by August. Germany joins a handful of other European states to mandate protective gear, including Austria, Slovakia and the Czech Republic.