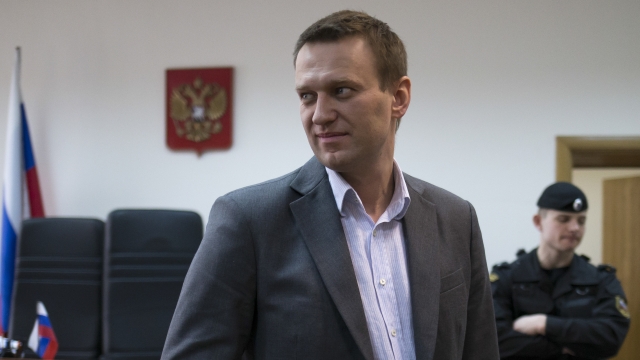 SMS
Germany Says Alexey Navalny Was Likely Poisoned
By Caitlin Baldwin
By Caitlin Baldwin
August 24, 2020
Navalny was airlifted to a German hospital over the weekend after falling ill while on a flight back to Moscow.
SHOW TRANSCRIPT

The 44-year-old said he felt sick on a flight back to Moscow last week, prompting the plane to make an emergency landing. He was airlifted to a Berlin hospital over the weekend in "stable condition."

Navalny was hospitalized last year for another suspected poisoning, but doctors said it was an allergic attack.

Navalny is a fierce critic of Russian President Vladimir Putin.

In past years, several other Russian opposition figures have become sick by suspected poisonings.