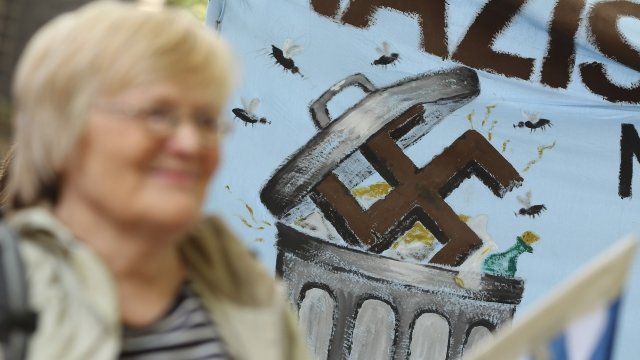 SMS
Germany Is Now Allowing Nazi Symbols In Video Games
By Casey Mendoza
By Casey Mendoza
August 12, 2018
In the past, game companies have censored out swastikas and even Hitler's mustache.
SHOW TRANSCRIPT

Nazi symbolism is a fixture in combat-focused video games. But until now, that hasn't been the case in the country where Nazis originated.

In order to sell certain games in Germany, companies have had to censor swastikas, avoid mentioning Adolf Hitler's name and even digitally remove the dictator's mustache.

On Thursday, the country's entertainment software regulator decided to relax the rules that necessitated those actions. But before we get into that, let's talk about why those rules existed in the first place.

Ever since the end of World War II, Germany has instituted strict laws against Nazi symbols, slogans and hate speech.

Even though swastikas and raised-arm salutes have become more common with white nationalists and neo-Nazis in other countries, displaying either in Germany can lead to up to three years in prison and even the loss of the right to vote.

Jewish activists say hateful symbols like the swastika are used as "a rallying point for all hate groups." Some German legal experts say hindering that incitement of hatred promotes "democratic coexistence and peace."

This doesn't mean the country is ignoring its history. In fact, learning about Nazi Germany and visiting at least one former concentration camp is mandatory for students. For the same reason, Nazi iconography is allowed to be shown for educational purposes, as well as satire and art. 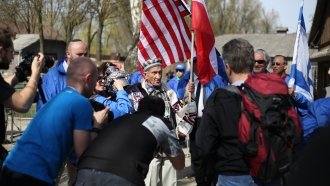 But judging what counts as educational, satirical or artistic can be tricky. This has been especially true for video games.

"Wolfenstein 3D" is a game where the goal is to destroy the Nazi regime. In 1998, the game was banned in Germany because judges ruled the game would make young gamers more "vulnerable for ideological manipulation by national socialist ideas."

That ruling changed the way game companies released their work in Germany — hence the censorship.

Games that fail to do so have been banned from Germany. One such game, "Attentat 1942," was praised by critics as a "new form of documentary." It was made as an educational project, supported by the Czech Ministry of Culture and even awarded a prestigious award in Berlin.

Despite those successes, it still couldn't be released in Germany. 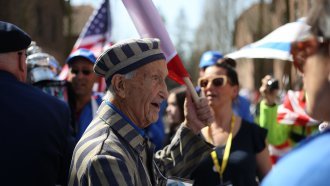 Games like this show how tricky Germany's ban on Nazi symbolism can get, but things seem to be changing.

This spring, Germany's attorney general overturned the 1998 Wolfenstein decision. He argued the ruling was outdated and that games — specifically the game "Bundesfighter II Turbo" — could be considered art.

That decision led to the new relaxed standard for video games in general — just as long as they use Nazi symbols for historical accuracy.