U.S. Criticizes Germany For Refusing To Back Strait Of Hormuz Mission 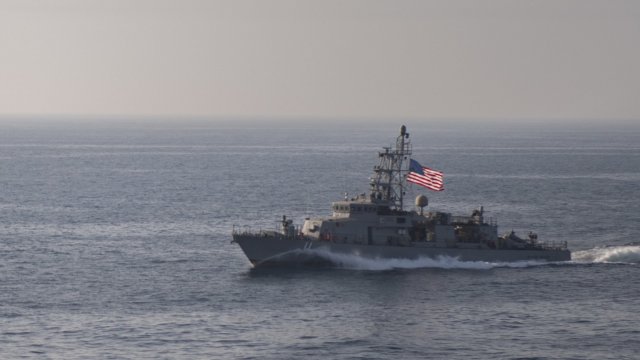 SMS
U.S. Criticizes Germany For Refusing To Back Strait Of Hormuz Mission
By Austin Kim
By Austin Kim
August 1, 2019
Germany draws the ire of the U.S. by refusing to participate in a mission to protect international vessels amid tensions between the U.S. and Iran.
SHOW TRANSCRIPT

Germany is turning down a request to participate in a U.S.-led naval mission in the Strait of Hormuz.

German Foreign Minister Heiko Maas said his country is refusing to get involved. He told reporters Germany did not want to escalate the conflict between the U.S. and Iran.

The U.S. Ambassador to Germany criticized the decision. Ambassador Richard Grenell told a German newspaper the U.S. ally had an obligation to help with the mission, given its status as an economic power.

The U.S.'s planned mission involves protecting international vessels amid the U.S.-Iran tensions and "combat[ting] Iranian aggression." Germany has pushed back against this proposal, saying it does not agree with the "maximum pressure" campaign against Iran. It said it wants to find an alternative way to de-escalate the conflict.

It appears Berlin is also staying away from a separate European mission to protect commercial ships in the Strait of Hormuz. The United Kingdom announced the plan after Iran seized a British-flagged vessel last month. While several European countries have backed the U.K. plan, Germany remains reluctant to get involved in the Gulf.