Germany Might Tell Its Citizens To Stockpile Food And Water 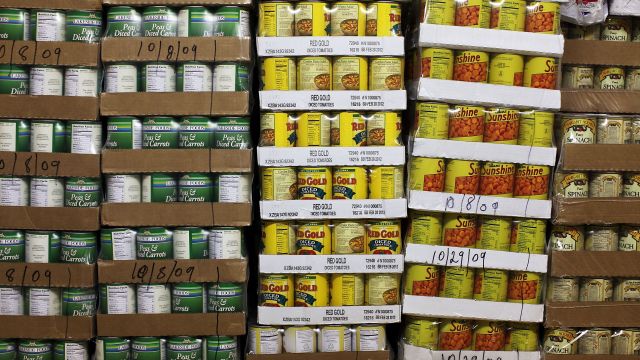 SMS
Germany Might Tell Its Citizens To Stockpile Food And Water
By Briana Koeneman
By Briana Koeneman
August 22, 2016
The proposed plan would require all citizens to have enough food and water on hand in case of an attack or major catastrophe.
SHOW TRANSCRIPT

The German government is apparently planning to tell its citizens to stockpile supplies in case of a catastrophic event.

According to a report from a German newspaper out Sunday, the Interior Ministry has come up with a "Concept for Civil Defence" that the German cabinet will discuss on Wednesday.

The outlet says the proposed plan would require all citizens to have enough food supplies on hand to last up to 10 days and enough drinking water for five days.

The 69-page report says the public would also need to have a fallback supply of energy and cash in case of an emergency.

If the government decides to put the proposal into action, it would be the first of its kind since the end of the Cold War.

But the move wouldn't be an unfounded one. The entire country seems to still be on edge after a string of violent attacks last month, including two Islamist attacks and a deadly shooting spree.

Still, the paper says the report doesn't indicate that an imminent attack on German soil is likely.

An expert on risk at the Institute for Advanced Sustainability Studies told the Los Angeles Times the 1.4 million migrants who have entered Germany in the last year have also contributed to the fear gripping the country.

He told the outlet, "Pressure has been building with the large number of refugees arriving, people's suppressed emotions about that, and terror fears are the outlet for all that pressure."

Germany isn't the only country preparing for a possible attack. France, Belgium, Britain and other nations are upping their security and even training first responders with mock attack exercises as a precaution.