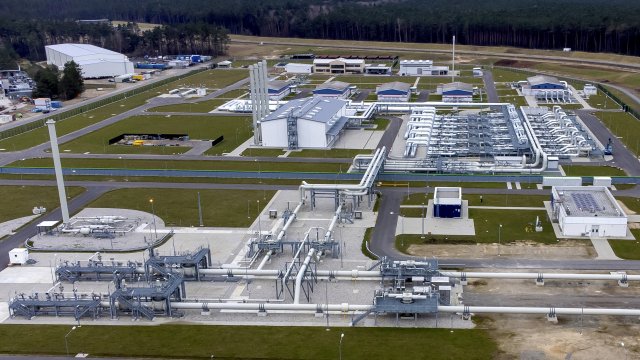 Germany announced Tuesday that it would suspend its certification of the newly built but never operated Russia-to-Germany Nord Stream 2 pipeline. A multi-billion-dollar project of Russia's Gazprom energy company and European companies, the pipeline would carry Russia’s natural gas to the lucrative markets of Europe. It's been a top target of the Biden administration and Republican and Democratic lawmakers alike, who say the project was a strategic mistake from the start, increasing Putin’s political power over Europe by prolonging its dependence on Russia’s natural gas.

Newsy's Sasha Ingber talks about how pipeline sanctions will put pressure on Russia's economy, and about how other new and upcoming sanctions are expected to play out.