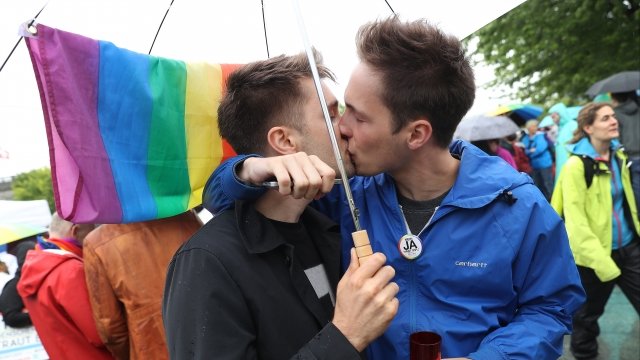 Earlier this week, Chancellor Angela Merkel called for a conscience vote on whether to legalize same-sex marriage in her country. That allowed members of Parliament to vote according to their personal beliefs, rather than along party lines.

On Friday, after years of pressure from the public and many members of Parliament, the Bundestag — Parliament's lower house — voted to approve marriage for same-sex couples.

Germany is one of the few Western countries that doesn't allow same-sex couples to marry — instead, couples can enter into civil unions. 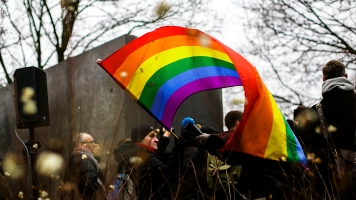 Part of the reason for the delay could be because Merkel, who heads the conservative Christian Democratic Union, holds fairly traditional values.

She's spoken out against allowing same-sex couples to adopt children in the past, and she voted against the legalizing this time around.

Still, it appears efforts from left-leaning political parties and German citizens paid off. But it's not a done deal yet. The measure still needs to go through a few more steps, and it's expected to face some legal challenges.