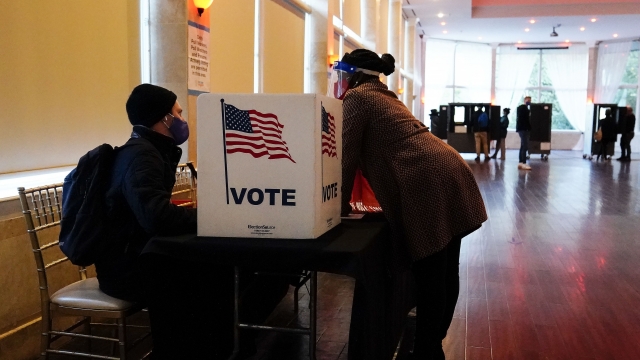 Georgia is being sued for the third time since it passed a new voting law.

The latest lawsuit was filed by the ACLU Southern Poverty Law Center and NAACP on behalf of several smaller groups. It says the new law racially discriminates and is "an attack on democracy."

The law, which had Republican support in the state, strengthens voter ID requirements for absentee ballots and limits the use of ballot drop boxes.

Some groups have called for boycotts of businesses and events in the state. Georgia's governor criticized that effort.

Both of the state's Democratic Senators say the new law would suppress voter turnout.