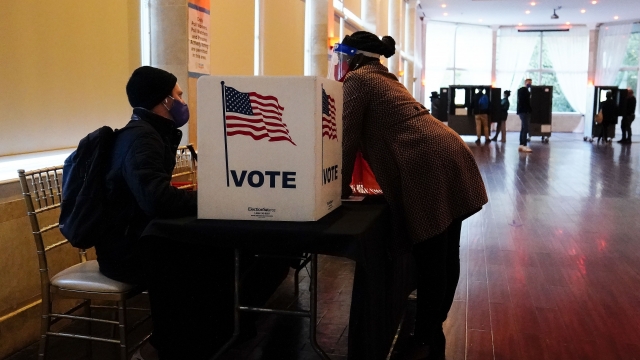 Civil rights and faith groups in Georgia are still calling for a corporate boycott even after some companies publicly condemned the state's new voting law.

Group leaders say statements from Georgia-based companies like Delta and Coca-Cola came too late. They announced several demands which include supporting federal lawsuits against the Georgia law and support for federal voting rights legislation.

Sen. Raphael Warnock of Georgia said the law is a form of voter suppression.

"These are politicians who are so focused on maintaining their power that they will do anything to stay in power, including undermine the basic tenents of the democracy itself," said Warnock. "We have to push back hard, this is a 911 emergency for our democracy."

Not all voting rights advocates support a boycott right now. Stacey Abrams said she wants to give corporations a chance to fund efforts like voter registration campaigns.