George H.W. Bush Showed How To Graciously Concede The Presidency 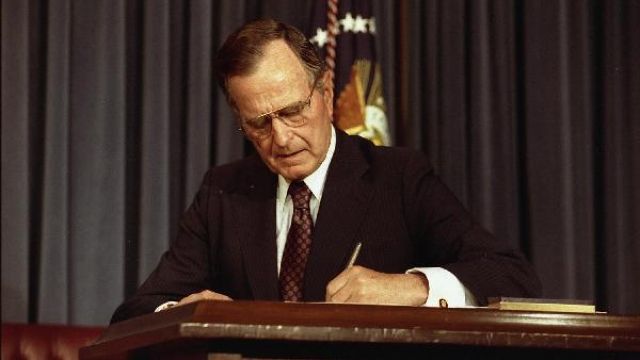 After Bill Clinton won the presidency, George H.W. Bush handed over the Oval Office in a very classy letter.

"I wish you great happiness here. I never felt the loneliness some Presidents have described," he wrote.

"There will be very tough times, made even more difficult by criticism you may not think is fair.

" ... Just don't let the critics discourage you or push you off course.

"You will be our President when you read this note. I wish you well."

That came after a 1992 race between Clinton and Bush that got pretty personal at times.

"Gov. Clinton promises the moon to America while the sky is falling in on Arkansas," Bush said on the campaign trail.

"Mr. Bush is in Tennessee, once again grossly misrepresenting my record and positions," Clinton said.

But in that customary letter to his successor, Bush 41 kept it gracious, writing: "Your success now is our country's success. I am rooting hard for you."