George Floyd's Family Calls For Action On Anniversary Of Murder 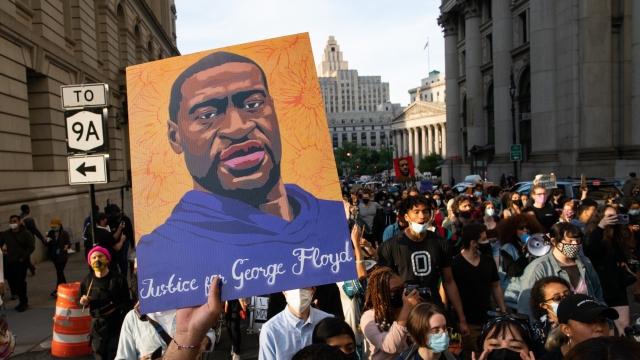 One year after George Floyd was murdered, the nation honored his life Tuesday and recognized the racial justice movement his death has inspired.

Floyd's family met with President Biden and Vice President Harris to speak about the status of the George Floyd Justice in Policing Act.

Floyd's nephew, Brandon Williams, said: "We're very appreciative and grateful that the president and vice president invited us here ... He showed concern and I think genuinely he wants to know exactly how we were doing and what he could do to support us. And he did let us know that he supports passing the bill, but he wants to make sure that it's the right bill, not a rushed bill. He also said the deadline, he said that he's not happy about it not being met. But all in all, he just wants to be able to be right and meaningful and that he hopes his legacy intact."

After speaking with Democratic Sen. Cory Booker and GOP Senators Tim Scott and Lindsey Graham Tuesday, attorney Ben Crump said the family is optimistic that lawmakers are "the closest they've ever been" to reaching a bipartisan agreement.

The bill was passed in the House but it hasn't gone anywhere in the Senate yet. President Biden urged lawmakers take action and said he hopes the bill gets to his desk quickly.