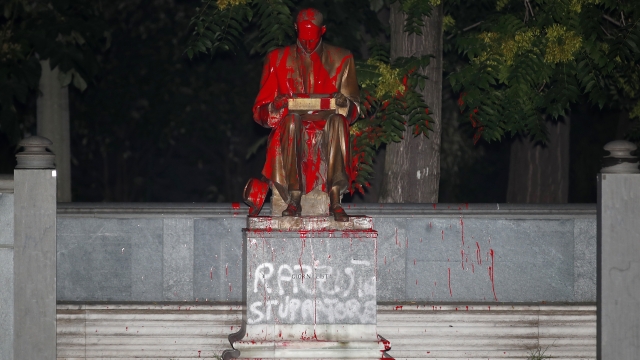 The aftermath of George Floyd's death continued to ripple through the world over the weekend.

Floyd, a Black man, died May 25 after a White Minneapolis police officer knelt on his neck for almost 9 minutes. International protests have expressed solidarity with American critics but also have called for an examination of racism in their own countries.

Much of the international impact has been in Europe, leading to statues of colonizers and slave traders being defaced and toppled.

In Italy, protests have been largely focused on the country's history of colonialism. On Saturday night, Protesters defaced a statue of a revered journalist who had a 12-year-old bride from a former Italian colony in East Africa.

And in Paris, at least 15,000 people marched against police violence Saturday. Protests earlier that week spurred the French government to ban police chokeholds, which has led to pushback from police unions.

France's Prime Minister on Tuesday refuted claims that the national police have a problem with systemic racism.

On Friday and Saturday, Paris police held protests of their own at the Arc de Triomphe, complaining that it is unfair and dangerous to broadly accuse officers of racism.