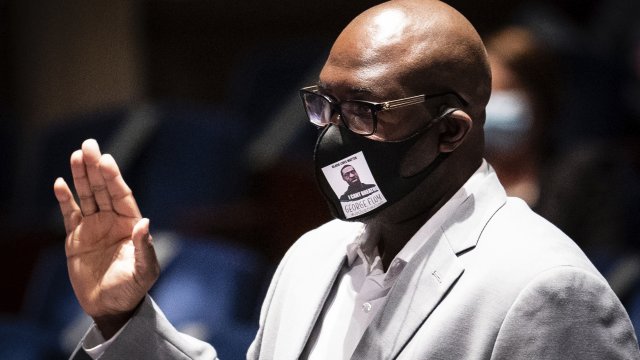 A plea from a younger brother before Congress.

In the wake of George Floyd's death at the hands of police, and after weeks of protests in every state and around the world, the House Judiciary Committee heard from a dozen experts about reforming police.

Democrats introduced legislation Monday, a robust 134-page package, that addresses issues from banning choke-holds and some no-knock warrants, to creating a use of force standard and a database for police officer misconduct.

Houston Police Chief Art Acevedo, who also leads the Major Cities Chiefs Association, told lawmakers that chiefs around the country are likely on board with some of these reforms.

The atmosphere in the hearing was a change from this typically highly partisan group. Republicans signaled they may be on board with the Justice in Policing Act.

Congresswoman Sheila Jackson Lee (D-Texas), who represents the district where George Floyd grew up, says she's even received notice from the Fraternal Order of Police saying they want to be involved in the discussion. Sen. Tim Scott (R-South Carolina), the lone black Republican senator, is reportedly drafting separate legislation.

This isn't the first time this committee has talked about this issue. The House Judiciary Committee held a hearing about police brutality just last year. But those in both parties agree. there seems to be more urgency in the halls of Congress.