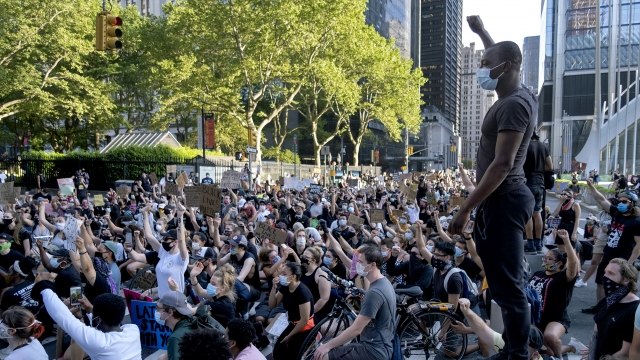 Researchers say the protests were the broadest in U.S. history as tens of thousands marched across the country.

Protests over the death of George Floyd, racial injustice and police brutality continue to grow as crowds across the country on Saturday made up the largest demonstrations so far. The majority of protests have been peaceful.

People have been marching, protesting and demanding change for 12 nights in a row now. Researchers say these protests are the broadest in U.S. history.

Meanwhile, in New York City, protests have been peaceful enough for Mayor Bill de Blasio to lift the city’s 8 p.m. curfew early. It was set to expire on Monday, but local politicians advocated for the curfew's end on Saturday, saying it caused needless friction between officers and protesters.

And, protests aren't just happening in big cities like Los Angeles, Chicago and Philadelphia. They're happening in small towns across America, including a "sundown town" in Texas with a racist history and other communities in Kentucky, Montana and Ohio.

Demonstrations have also spread throughout Europe, Australia and Canada in support of the "Black Lives Matter" movement and the lives lost in the Black community.

On Saturday, George Floyd's public viewing and private memorial service drew crowds of mourners near where he was born in North Carolina.

Floyd's body is now in Houston, where his funeral will be held on Tuesday.