Genetics May Be Behind Severe COVID-19 Cases 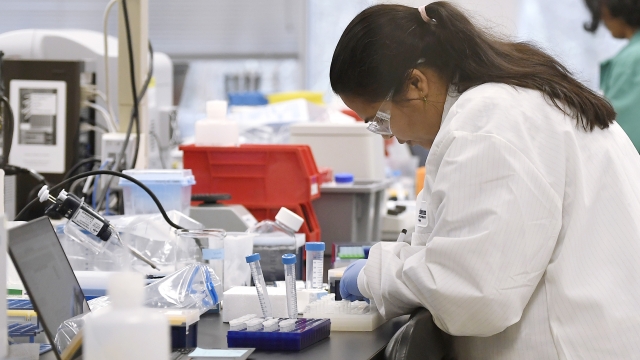 SMS
Genetics May Be Behind Severe COVID-19 Cases
By Shira Tarlo
By Shira Tarlo
March 30, 2020
Genetics may explain why some people with COVID-19 get seriously ill while others escape with mild or even no symptoms.
SHOW TRANSCRIPT

Why do some people with COVID-19 get seriously ill while others escape with mild or nonexistent symptoms? Scientists say the answer might be in your genes.

Though older adults and those with underlying health conditions are considered to be most vulnerable to the virus, young, relatively healthy people have gotten seriously sick. That has led researchers to suspect age and chronic illnesses are just some — not all — of the factors that play a role in how sick a person gets.

"What drives this variation in susceptibility in people who really don't have any underlying or clear-cut underlying health issues? Even with young people we're seeing some individuals who have severe disease," said Dr. Mark Heise, a genetics professor at the University of North Carolina School of Medicine.

Researchers like Heise are racing to analyze as many patient samples as possible.

"It's likely that there will be genetic factors that contribute to that, but other factors could be everything from variation in genes that regulate innate immunity to respiratory function to even wound healing pathways that might control how well individuals respond to damage that the virus is causing within the lungs," said Heise.

They say differences between the cases may be due to slight variations in respiratory cells. Another possibility is that the genes that support the body's immune response to the virus vary between individuals or those with particular blood types.

Research is only in its early stages, so it might be a while before we fully understand an individual's genetic susceptibility to the virus. One thing is giving researchers hope.

"This virus is already bad news, and so it's actually good that it's not mutating at a high rate," said Brody.

That means mild changes in the virus' genetics can help researchers trace how it is spreading and evolving within patients — and whether or not that change correlates with case severity. It is also encouraging for those hoping to develop a long-lasting vaccine.

"This will mean two different things: One, the therapies might be able to be effective and that the virus won't be able to be sneaky and get around with therapies if you’re infected. And the second good news item for that is that if there's a vaccine, it may be generally applicable — there won't be strains of the virus that are resistant," said Brody.