Genetically Engineered Food Isn't As Evil As You Think It Is 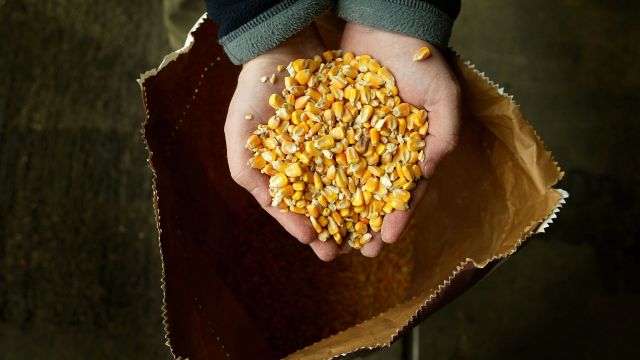 Genetically engineered foods have a bad reputation, but a new report aims to squash some of that bad press.

A team of experts from the National Academies of Sciences, Engineering, and Medicine examined nearly 900 publications, listened to 80 presentations and read more than 700 comments from the public to come to their conclusions.

They wanted to determine if there was evidence of any differences between genetically engineered crops and conventional breeding techniques. Farmers have been modifying crops for decades by cross breeding plants with desired characteristics. But directly tinkering with a plant's genes in a lab gave many consumers pause.

The phrase genetically modified organism, or GMO, is commonly used to refer to foods that were altered by scientists in a lab, but genetically engineered is the proper term. The most common GE crops in the U.S. are corn, soybeans and cotton, but farmers also grow modified canola, alfalfa, sugar beets, papaya and squash.

According to their findings, there's no evidence that genetically engineered crops negatively affect human health.

That likely comes as a big surprise to the growing number of Americans who view scientifically altered foods as dangerous to eat. An August survey found 57 percent of adults think it's unsafe to eat genetically modified foods.

The National Academies report notes that long-term studies on the affects of GE foods on human health haven't been completed, but the researchers believe "it is the product and not the process that should be regulated."