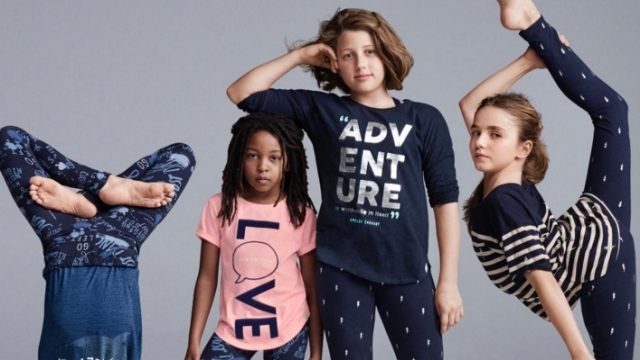 Social media users are accusing Gap of passive racism because of an image where a tall white girl rests her arm on the head of a shorter black girl.

Ellen DeGeneres' collaboration with Gap Kids is meant to be a campaign "encouraging girls to follow their passions." Girls can be DJs or breakdancers or wildlife photographers ... or even armrests?

That's the message a lot of social media users are getting because of this picture. In it, a tall white girl rests her arm on the head of the only person of color in the photo.

Social media users called the Gap Kids picture an epic marketing fail for essentially using the black girl as a prop while other girls show off their talents.

For some, the photo rehashes feelings around similar imagery where black women have been used by white women as props or accessories. Miley Cyrus was accused of doing just that in her 2013 video for "We Can't Stop."

A writer for The Root explains that the Gap Kids image evokes the feeling that "black bodies are undervalued and positioned to serve as props upon which white bodies can be better appreciated and admired. If anything, the Gap ad shows how early that positioning begins."

The mission of the new line is to donate $250,000 in sales to Girls Inc., a nonprofit organization that focuses on empowering girls.

As of Monday afternoon, Gap's tweet with the image in question was still up on the company's Gap Kids Twitter account, and Gap hadn't responded to the criticism.