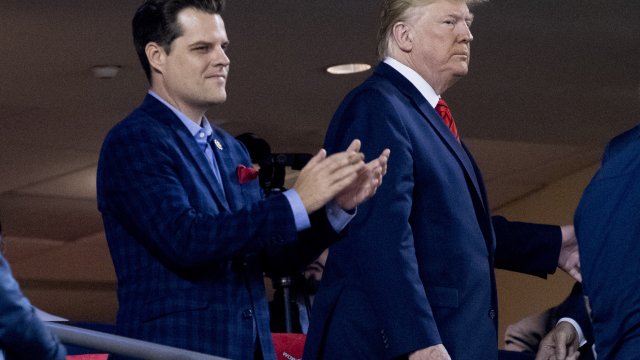 An associate of Republican Congressman Matt Gaetz is likely to strike a plea deal with prosecutors. That's the word from his attorney.

Joel Greenberg is his name. The former Florida tax collector is in jail awaiting trial. Greenberg is charged with 33 criminal counts. One charges him with sex trafficking a child between the ages of 14 and 17. According to the New York Times, that charge sparked the separate investigation into Gaetz.

At this point, the congressman has not been charged. He denies ever paying for sex or being sexually involved with a minor. The Florida Republican claims the allegations are part of a scheme to extort his family.

But a plea deal from Greenberg could add more pressure. He'd probably have to share any evidence he has against Gaetz.

The congressman has not responded, but his office did issue this statement. It comes from women who work with him. The statement did not include their names. It goes on to read, "At no time has any one of us experienced or witnessed anything less than the utmost professionalism and respect."

Gaetz is set to speak at the Trump National Doral resort on Friday. He's the keynote speaker at a conservative women's event.