President Trump's Tariffs Might Lead To Some Uncomfortable G7 Moments 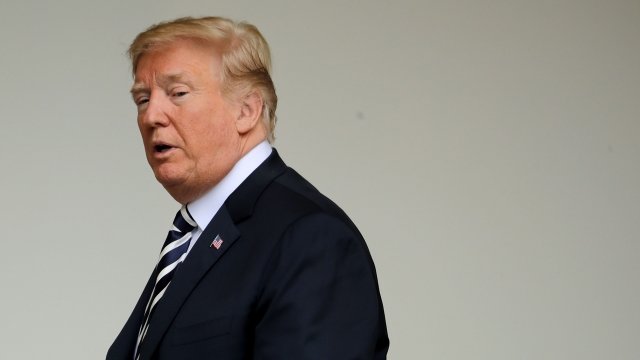 Many of the other world leaders at the G7 summit are expected to push back against President Trump's "America First" agenda.

The annual G7 summit is happening this weekend in Canada, and there might be some uncomfortable moments for President Donald Trump.

G7 nations include the U.S, Canada, the United Kingdom, France, Germany, Italy and Japan. Also in attendance will be two representatives of the European Union.

And it seems like the president's recently enacted tariffs will be top of mind for the world leaders.

Canada and the European Union have both announced retaliatory tariffs. And the EU even filed a complaint with the World Trade Organization.

One day before the summit, French President Emmanuel Macron stood alongside Canadian Prime Minister Justin Trudeau and pledged to push back against Trump's "America First" agenda.

German Chancellor Angela Merkel said she expects "contentious discussions" during the summit because of multiple policy issues, including trade and climate change.

A report out Wednesday might complicate the trip for President Trump even more. The Washington Post reported Trump complained about having to attend the G7 summit with the North Korea meeting right around the corner.