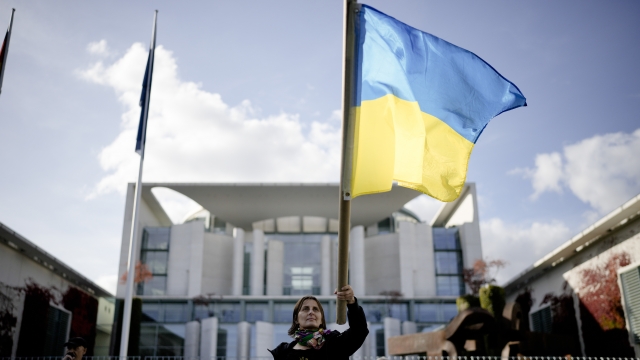 Ukrainian President Volodymyr Zelenskyy addressed the leaders of the Group of Seven industrial powers by videoconference Tuesday. Germany, which currently chairs the G-7, announced the meeting after Monday’s simultaneous strikes across Ukraine. 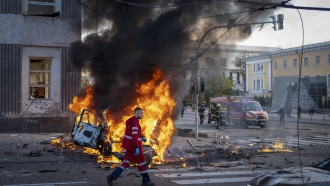 Russia Unleashes Most Widespread Strike Against Ukraine In Months

As Ukrainian forces grew increasingly bold following a series of counteroffensive successes, a cornered Kremlin ratcheted up Cold War-era rhetoric in the last month and fanned concerns it might resort to using nuclear weapons in Ukraine.

Russian Foreign Minister Sergey Lavrov addressed the issue Tuesday, saying Moscow would only resort to that if the Russian state faced imminent destruction. Speaking on state TV, he accused the West of encouraging false speculation about the Kremlin's intentions.

Russia’s nuclear doctrine envisages “exclusively retaliatory measures intended to prevent the destruction of the Russian Federation as a result of direct nuclear strikes or the use of other weapons that raise the threat for the very existence of the Russian state,” Lavrov said.

In Brussels, NATO Secretary-General Jens Stoltenberg said the 30-nation military alliance would hold long-planned exercises next week to test the state of readiness of its nuclear capabilities.

The exercise, dubbed “Steadfast Noon,” is held annually. It involves fighter jets capable of carrying nuclear warheads but does not any live bombs. Conventional jets, and surveillance and refueling aircraft routinely take part.

Asked whether it was the wrong time for such an exercise, Stoltenberg replied: “It would send a very wrong signal now, if we suddenly canceled a routine, long-time planned exercise because of the war in Ukraine.” 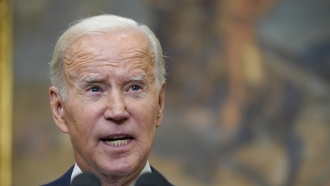 Stoltenberg said Russian President Vladimir Putin’s nuclear rhetoric over the war in Ukraine is “irresponsible,” and he said that “Russia knows that a nuclear war can never be won and must never be fought.”

NATO as an organization does not possess any nuclear weapons. They remain under the control of three member countries – the U.S., U.K. and France.

Ryabkov said in remarks carried by the state RIA-Novosti news agency that “Russia will be forced to take relevant countermeasures, including asymmetrical ones." He said that although Russia isn't “interested in a direct clash" with the U.S. and NATO, “We hope that Washington and other Western capitals are aware of the danger of an uncontrollable escalation.”

Ryabkov's warning followed Belarusian President Alexander Lukashenko announcing that he and Putin agreed to create a joint “regional grouping of troops" to thwart what Lukashenko claimed was a potential Ukrainian assault on Belarus.

The Ukrainian army general staff said Tuesday it had seen no evidence of troop movements or a buildup of offensive forces in Belarus but warned that Russia could continue to strike “peaceful neighborhoods” and critical infrastructure in Ukraine with missiles.

Although Ukrainian officials said Russia's missile strikes on Monday made no “practical military sense," Putin said the attacks were payback for what he claimed were Kyiv's “terrorist” actions while defending against Moscow's invasion.

Putin alleged the Saturday attack on a the Kerch Bridge bridge between Russia and the Crimean Peninsula was masterminded by Ukrainian special services. He vowed a “tough” and “proportionate” response if further Ukrainian attacks threatened Russia’s security.

Putin's increasingly frequent descriptions of Ukraine's actions as terrorism could portend more bold and draconian actions. The speaker of the lower house of the Russian parliament on Tuesday likened Zelenskyy to deceased Al-Qaeda leader Osama bin Laden. He also said Western politicians supporting Ukraine “are effectively sponsoring terrorism” and “there can be no talks with terrorists.”

Zelenskyy has repeatedly called on world leaders to declare Russia a terrorist state because of its attacks on civilians and alleged war crimes.