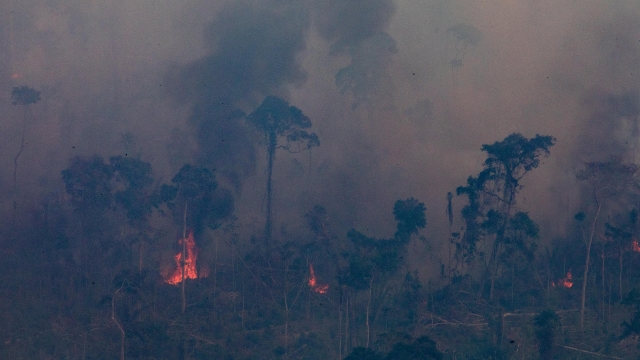 World leaders at the G-7 summit in France have promised to send millions of dollars in aid to the Amazon rainforest.

On Monday, French President Emmanuel Macron said the participating nations agreed to send more than $22 million in aid to the Amazon basin. Details of the package will be worked out in the coming weeks. But Macron said he'll make French military support available immediately.

A record number of devastating fires have been burning in the rainforest. The Amazon produces 20% of the world's oxygen, making it a vital resource for the planet.

According to Macron, the funds will be earmarked for issues that will help guarantee the future of the Amazon, like reforestation. The French leader said the aid package will officially launch at the upcoming United Nations General Assembly in September.