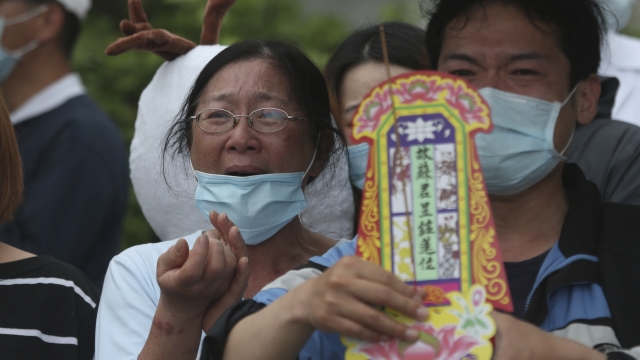 The first funerals for some of the people killed in a Taiwan train derailment are happening Monday.

At least 50 people died in the crash last week. Hundreds more were injured.

A truck slid down a bank last Friday, crashing into the train, causing it to go off the tracks.

The driver of that truck, who was not in the vehicle, is now back in custody after he was arrested, let off on bail, then had his bail revoked.